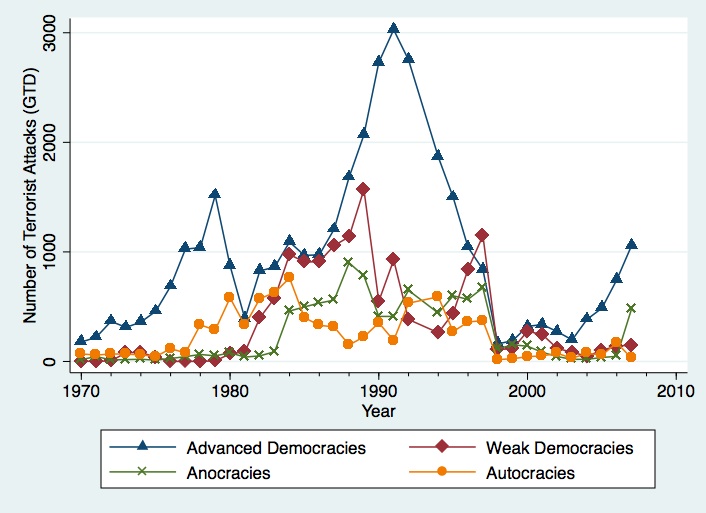 (…) in a recent working paper with Joe Young, he and I find that terrorism does not actually threaten "our way of life," as some argue. Democracies are incredibly resilient to terrorist threats, and although democracies occasionally do circumvent limits on civil liberties, such measures are usually temporary and are typically repealed over time.
(…) My point is that terrorist plots and terrorist attacks are rare but normal in democracies–and that's likely to continue. Although terrorism is a nuisance, it is not an existential threat to the United States, nor is it ever likely to be."